The Walt Disney Company was founded in 1923 by the two brothers, Roy Oliver and Walt Elias Disney. Currently, the company is the highest revenue earning media conglomerate house in the world. Disney has its headquarters at the alt Disney Studios in Burbank, California, USA.

Since the 1980s, the company has invested and diversified from its flagship animation and movie business through its world-famous Disney Studios into many other branches like the Walt Disney Parks, Experiences and Consumer Products, Disney International, Disney Direct-to-Consumer and Disney Media Networks.

The American television broadcasting network ABC is also owned by Disney along with ESPN and Disney cable channels among others. As of 2018, the total annual revenue of the company is a whooping 15.7 billion dollars.

How it all Started

The journey of the Walt Disney Company started in the early part of 1923 at Kansas City, USA, when its creative visionary founder Walt Disney was working as an animator. Those were the days of silent films and he created a short film named “Alice’s Wonderland”, in which the lead actress was interacting on screen with cartoon characters.

Walt Disney’s earlier film “Laugh-O-Gram Studio” didn’t do well in the box office, so he decided to shift to Hollywood and join his younger brother Roy. A film distributor, Margaret J. Winkler who owned the company, M. J. Winkler Productions presented the plan of distributing whole series of Alice cartoons in production partnership with the brothers.

Thus, Walt and Roy formed “The Disney Brothers Studio” in 1923 and produced more animation films after the success of “Alice” series. They completed the Disney Studio on Hyperion Street at Hollywood by 1926 and renamed their company “The Walt Disney Studio”. They created the character Oswald the Lucky Rabbit, which was once again owned and distributed by the M. J. Winkler Productions.

Since Disney did not have the rights of the character Oswald, they ultimately lost the production contract in 1928. Charles Mintz of the M. J. Winkler Production and husband of Margaret J. Winkler was instrumental in firstly failing in a takeover bid of the Walt Disney Studio and secondly luring four of the studio’s original animators to open his own animation company. One of the animators named Ub Iwerks remained and was instrumental in the animation studio’s early successes.

Walt Disney created an animated character based on the mouse while travelling on a train to California in order to recover the loss of Oswald the Lucky Rabbit. He originally named the character Mortimer, but later changed its name to Mickey Mouse after the insistence of his wife Lillian. Ub Iwerks later added his personal touches and refinement to the animated character and it started appearing in many of the Disney productions.

The first film in this series was “Plane Crazy” and “The Gallopin’ Gaucho” came next. The third production was named Steamboat Willie, which was also the first sound film produced by Disney. Released in November 1928, it immediately started gaining popularity. This may be partly due to the Mickey Mouse animated character’s appeal and partly also due to the synchronized sound employed in the film. Building upon the film’s success, the first two films were also re-launched in 1929 with sound effects.

The Road to Popularity

Thus the world-famous Mickey Mouse came into the public domain and along with it began Disney’s domination of the animation market. Mickey’s likeability with the masses led to many further productions like the famous “Silly Symphonies” series with Columbia Pictures as its distributor in 1929. The Mickey Mouse Club was started by Harry Woodin, a theater manager. The Walt Disney Studio and its subsidiaries were recognized as a corporation by the end of the same year.

The first comic strips for the Mickey Mouse cartoon was sent through King Features to the publisher, was approved and it appeared in the newspaper New York Mirror on December, 1929. The first color cartoons started appearing in 1932 with a partnership between Technicolor and Walt Disney Productions. The first color cartoon film was “Flowers and Trees” released in 1932. Soon the studio started to plan for full length animation movies owing to the rapidly rising popularity of Mickey Mouse and other characters.

The first full-length animated film “Snow White and the Seven Dwarfs” started production in 1934 and premiered in 1937, taking a full three years to finish. Within two years, its popularity more than justified its making time and it became the highest grosser among all films released in the period. Walt Disney utilized the money gained from the film’s success to purchase a new site in Burbank, California, USA for his company’s new studio premises and office complex.

The building was named Walt Disney Studios, opened for business in 1939 and still serves as the headquarters of the corporation. In 1940, Walt Disney Studios became a public limited company. Many cartoon series and films followed the first one – Fantasia, Pinocchio, Dumbo and Bambi were the prominent ones. After the 2nd World War, which somewhat depleted the company’s talent pool of artists and workers, Disney started producing live action films. In 1950, the company’s first foray into television happened with “An Hour in Wonderland” in collaboration with Coca Cola.

The year 1954 witnessed the birth of Disneyland, a dream project of Walt Disney. The theme park was built in Anaheim, California, USA under his direct supervision and was opened for the general public in July 1955.

A second theme park as opened at Orlando, USA in 1965. With constant focus on television shows providing family entertainment and a slew of film releases every year along with its beautifully-designed theme parks attracting ever-growing number of visitors, Disney was well on its way towards becoming a global conglomerate by the end of the century.

The story of Disney is still unfolding even after the company becoming the largest media conglomerate in the world. With its strings of acquisitions, partnerships and collaborations, the dream of its founder Walt Disney seems to be coming true.

With twelve Disney-themed family entertainment venues all over the world, cruise liners, consumer products and its publishing division complementing its huge film and television business, the company is looking forward to exponentially-increasing revenues every year and providing high-quality entertainment for its global audience. 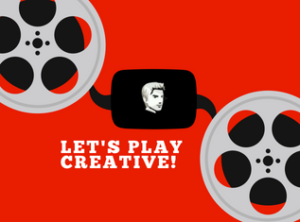