Whenever the term cigarette is heard, the first thing that strikes is the warning printed on the box. People know that smoking is harmful to health and it is proven also that the people who love cigarette cannot get rid of it because of the addictive property of nicotine. It is the most common refreshment in India. Smoking cigarettes is been done from many centuries as people experimented on tobacco plants and found the addictive property.  Dried leaves are rolled to make bidi or cigarette and are smoked by smokers. Smoking gives smokers a kick that stimulates them to smoke again and again.

Men was not late to discover the things. The discovery of tobacco raises the question that how to use it. Although smoking of rolled leaves and chewing of dried tobacco are used but the urge to commercialize it. Hence, cigarettes are born and developed into luxury goods.

India is the second biggest manufacturer of tobacco in the world. India is exporting it to eighty nations in the world. There are many brands in the market that provides expensive and deluxe cigarettes. The prices depend on advertisement, production cost and material used in the cigarette.

It is an indigenous cigarette brand that as known as Khandani. It is the highest selling cigarette brands in India. These cigarettes are also made by other brands such as Bacons Gold flake, Salmon, Hignett’s Golden flaked honeydew and Gulckstein’s gold flake. They come in many varieties and quality like Gold Flake kings lights, Gold Flake kings, Gold flake lights and Gold flake. These cigarettes are produced from golden tobacco.

It is produced by ITC limited and marketed by Classic Filter kings. It is stylish and easily available in India. Its length is around 84 mm. The imported cigarette paper is used for this cigarette. Blue leaf tobacco is used to stuff these cigarettes. 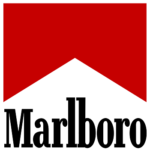 It is the most abundant selling brands in India and the world. It is manufactured by Phillip Morris. It became famous after its advertisement of Malboro man. It comes in many forms and variety like Menthol, clove and Red advance. They initially launched cigarettes for women to that contain red band to hide the lipsticks spot from the filter. Afterwards brand positioned itself for both man and woman.

It is one of the established producers of cigarette in India. Four square brand cigarettes are produced in Scotland and India. They come into length like large 85 mm and short 70 mm. They come in 10 or 20 cigarettes pack.

It is one of the best filtered made Indian cigarettes. They are distributed and manufactured by ITC Limited, India. They are well-known by the name of Wills among the local people. Also, Wills Navy Cut cigarettes were manufactured by H.O. and W.D. wills in UK. They come in the length of 84 mm. Also, they come in two distinct packs of 20 and 10 rupees.

It is a British brand of cigarette. It is owned by different countries like Philip Morris international, British American Tobacco and Japan Tobacco. These cigarettes were originally manufactured by Virginia. These cigarettes were founded by William Hedges and Richard Benson in London. They produce dual flavoured cigarettes and are very strong. They come in different varieties like White and Gold Super kings, Gold, Silver and rolling tobacco.

It is a rich brand that is famous among business owners and entrepreneurs. It is known for the production of filtered cigarettes. These are marketed by Philip Morris. They are the first cigarette that had paper filters. These paper filters only allow the nicotine to reach user’s mouth. They come in many flavours like White pack, green pack and silver pack. They all are made up of menthol. They are known for its excellent taste and beautiful fragrance.

It is produced by ITC limited. This is the expensive cigarettes and is famous among college going students and corporates. These cigarettes come in matte black packages that are sold in a single variety. They are well-known for smooth tobacco flow of smoke through filter. They have a good taste.

These cigarettes are marketed and produced by R.J Reynolds Tobacco Company. It is one of the leading cigarette companies in India. They are well-known for taste and designs. They also come in different sizes. They apply a different and unique technique while stuffing tobacco and adding charcoal. They come in different variety like blue, black, orange and green.

Dunhill produces quality cigarettes. They are manufactured by British American Tobacco Company. They produce luxury expensive brands. They are available all over the world and are priced higher as compared to other cigarettes. They come in various varieties with different content of tar and nicotine. They are known for lingering spicy taste and sweetness and unique smell. The Dunhill switch comes with mint bubble in the filter that can be used to release a minty taste in your mouth.

Hence, we have discussed the top 10 cigarettes brands In India. There are many smokers in India. Around 5.7 percent of adult population smoke cigarettes on regular basis. People usually smoke cigarettes to show themselves modern. Smoking cigarettes have become a trend for working ladies.

Above is collection of all the tourism board's logo of different states.Really every logo has it's own story.there many...
Read more

The lighting market in India is evolving rapidly, moving from using conventional products to LEDs. THis products have been...
Read more
- Advertisement -

Company Name: Kayam Churna Founder: Sheth Brothers One of the most...
Read more

The days have gone when people were habituated as...
Read more
Top 10 Brands

Do you love painting or you are a professional...
Read more
Top 10 Brands

The Indian cricketers are the most overwhelmingly paid cricketers...
Read more