Even after being pitted with the big names in the field of fragrance Engage is able to hold on its own and carve a niche for them. ITC Ltd has emerged as the second largest player in the domestic deodorant market giving rival brands like Axe, Old Spice a run for their money. With proper campaigns and rigorous research work the company is able to reach a large section of people.

Even after being pitted with the big names in the field of fragrance Engage is able to hold on its own and carve a niche for them. ITC Ltd has emerged as the second largest player in the domestic deodorant market giving rival brands like Axe, Old Spice a run for their money. With proper campaigns and rigorous research work the company is able to reach a large section of people.

Engage Deo is a product of ITC Limited which is an Indian multinational conglomerate company with its headquarters at Kolkata, West Bengal. Engage deo is today a household name after it has earned immense popularity since its launch in 2014. 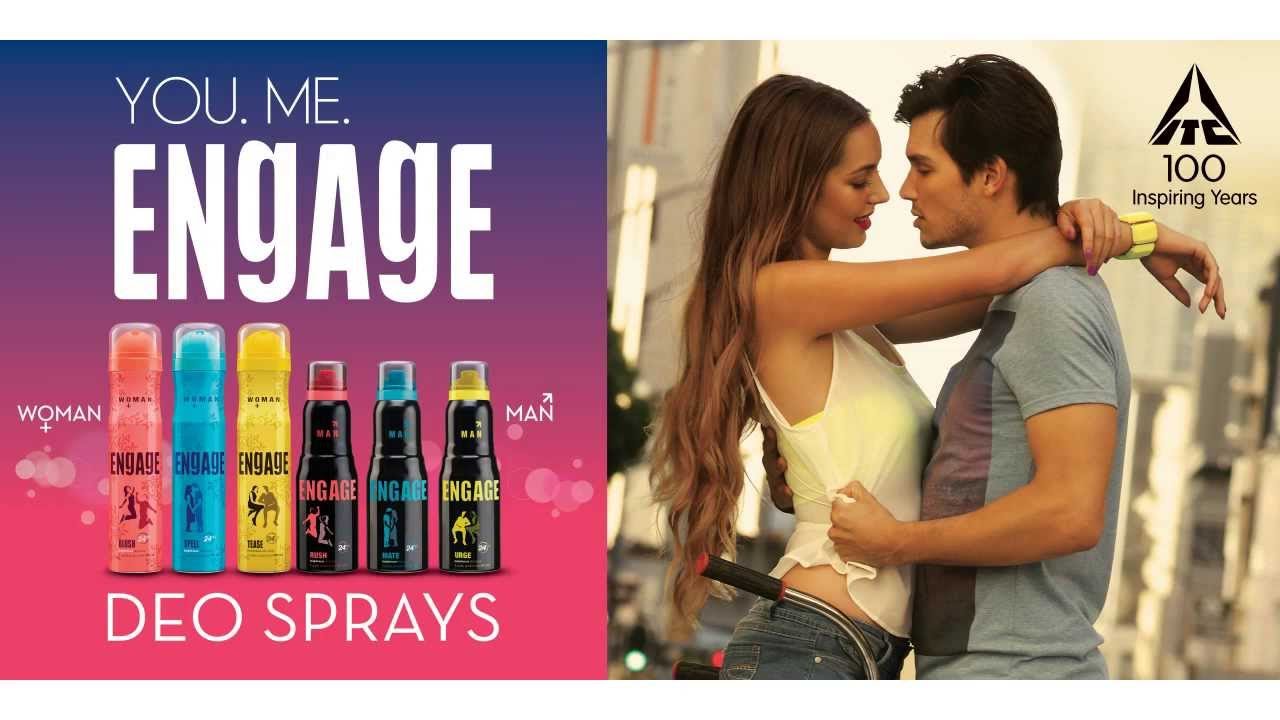 How it all started

I.T.C Limited was established as the Imperial Tobacco Company of India in 1910, which was later named India Tobacco Company and finally changed to I.T.C. Limited in 1974. ITC Ltd devoted itself to the growth and consolidation of cigarettes and leaf tobacco business.

The initial years since the launch of the company, was dedicated towards the growth of leaf-tobacco business. Its packaging and printing business started as a backward integration for the business of cigarettes. Today ITC is known to be the most sophisticated packaging house in the country. ITC has designed and customized its brands catering to the needs of millions throughout the country.

One of its brands in the category of personal care named Engage Deo was launched in September 2014. Since the launch of Engage Cologne Sprays – a range of colognes for men and women there has been no turning back. Engage cologne sprays have higher fragrance dosage and 0% gas which enables long lasting fragrance and more usage. A large variety of fragrances has been introduced since then, exquisitely crafted by experts from abroad that enchant the customers of India. The latest product of the brand which is named pocket perfume resembling a small box and can easily be fitted into a pocket has revolutionised the concept of perfume in every way.

ITC has introduced several innovative marketing strategies over the years to promote its products and always comes up with unique ways to market it. Some of the strategies include:

ITC has made some serious investments when it comes to promoting its brands. Since a product like a deodorant has no brand loyalty it is important to promote the product in such a way that it makes huge impact in the minds of the people. In-store promotions form a great part of its advertising. Since ITC Engage competes with already popular brands like Axe, Fogg, He, etc it is very important for the brand to have distinctiveness of its own.

ITC chose the theme of chemistry for the promotion of its brand and it is the first of its kind to be called ‘couple deodorant’. This is quite path breaking in its own way as it quashes the monotony of the theme of ‘men attracts women’ and depicts men and women as equals. This concept grew very popular among the youth and young couples throughout the country. The deos came in three pairs Rush and Blush, Mate and Spell, Urge and Tease which was quite an innovative way to launch a product.

Engage’s theme of playful chemistry is perfectly complimented with the unique packaging design. Ranging from clear transparent packaging, appealing designs of cologne sprays, the unusual packaging of its pocket perfume to the unconventionality of Engage On+ premium perfume it has exhibited a wide range of variety when it came to packaging.

The fragrance market of India has undergone huge changes and a lot of experimentation has been carried out in this field as well. The industry which only has attar as its lone product now has a diverse range of product portfolio ranging from perfumes, deo-spray, and deo-stick to cologne. Fragrance has become an item of everyday essential for the modern customers who want to smell fresh all day long.

ITC has rolled out rigorous promotions in the form of infomercials and other digital promotions as a means to endorse its products. Apart from that on ground activations, college programmes and creating pre-launch buzz help the brand popularize among the masses.

The people associated with the brand carries on full fledged research before its launch. This is very crucial as it gives the company a crystal clear idea about the product they are going to launch and if it fits into the lifestyle and budget of its customers. Research also helps the business to extend the in several other categories as well.

ITC spends considerable amount of money for the Engage campaigns and it has shown drastic results. One of the campaigns that spurred the sales of Deo to a whopping 15% in Kolkata was called Engage with Valentine Offer. During this campaign, unique couple seats were installed in a multiplex in Kolkata, special engage glass were made for couples.

Rigorous campaigns were carried in coffee shops and free gifts were given out. Shopping isles were also targeted as well as a large percentage of consumers who spends on deos come from the shopping isles. These campaigns give the idea about the pulse of the customers and also enable them to come up with better ideas to give people superior experiences.

The brand Engage with its playful disposition of chemistry in a couple caught the attention of the youth in India. It rejects the way deodorants were portrayed as a male phenomenon. The portrayal of men and women as equals is groundbreaking and resonates with modern times. This idea of equality is so simplistically as a result the sale of women’s deos is driving the market with faster growth.

Even after being pitted with the big names in the field of fragrance Engage is able to hold on its own and carve a niche for them. ITC Ltd has emerged as the second largest player in the domestic deodorant market giving rival brands like Axe, Old Spice a run for their money. With proper campaigns and rigorous research work the company is able to reach a large section of people. Its availability in different shapes and sizes and affordability also added to its immense popularity.

You will surprise to know that India is the second wheat producing country in the world. Wheat is a...
Read more

Brooke Bond is a Famous brand-name of tea owned by Unilever. Taaza is the name given to a new...
Read more

With a history that dates back thousands of years, the use of hair oils is nothing new in this...
Read more
- Advertisement -

Future Of Air planes-See the Sky in The panoramic ViewImagine...
Read more