Hima Das’ recent Gold medal win at the 400m Nove Mesto nad Metuji Grand Prix in the Czech Republic has made the nation proud. What made people sit up and take notice was the fact that this is the fifth gold medal she has claimed this month. Scroll.in reported that she won her first 200m Gold on July 02, at the Poznan Athletics Grand Prix in Poland. Her second 200m Gold was at the Kutno Athletics Meet, on July 07. Subsequently, on July 13, she went on to win her third 200m Gold at the Kladno Athletics Meet in the Czech Republic. Her fourth gold came from the Tabor Athletics Meet held in the same country on July 17.

Das endorses a few brands like Adidas, SBI and Edelweiss Financial Services already. The Economic Times reported that in light of her recent wins, her brand fees have doubled in the last three weeks from Rs 30-35 lakh a year per brand, to roughly around Rs 60 lakh annually. 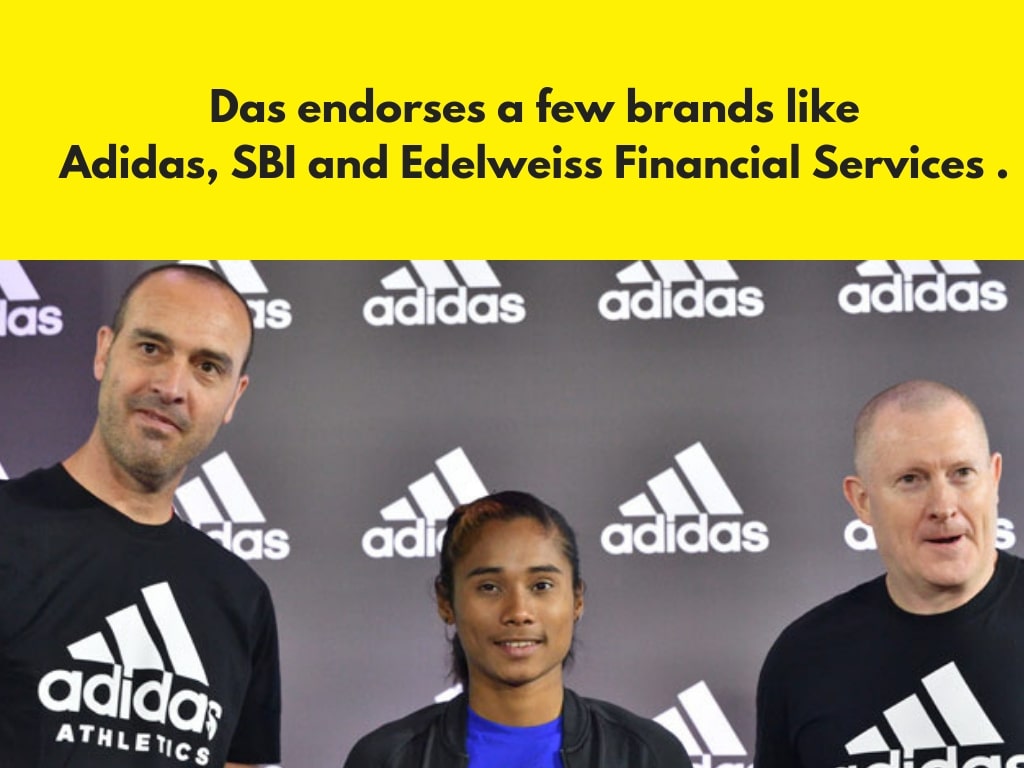 However, when we spoke to Indranil Das Blah, co-founder of KWAN Entertainment & Marketing Solutions, his opinion was that brands should not sign Das on the back of her recent win. “If the brands do some sort of background check, they’ll realise that the five Golds that she’s won are in tournaments and not at events that are particularly strong (such as the Olympics.) So, I think if she were to go to a brand and ask for say, Rs 5 crore based on her market value, then I think that would be a wrong way to go about with it, because the gold medals that she’s won actually don’t have much value.” he told us.

Blah also clarified that she has potential. He pointed out that the Olympics are next year, for which she is yet to qualify and perform well at.

He further added that athletics isn’t easily consumable to Indians, unlike cricket. “The brands that sign her need to keep an eye out for the big sporting events. There’s no point signing her now if her contract finishes well before the Tokyo Olympics. Brands need to keep in mind the three big marquee events that India follows – the Asian Games, the Olympics and Commonwealth Games and plan activation and media around that,” he said.

When asked which media channels would work best, Blah replied that it depended on the brand’s directives and budgets. “Obviously, nothing works better than traditional media. But how many people will recognise Hima Das today, whether she’s in a TVC or on a billboard? I think the best way to leverage her right now would be through targeted digital media spends. As she does better on the world stage, becomes the next Saina Nehwal or PV Sindhu, that’s when you start using her in TVCs or campaigns.”

Neeraj Bassi, chief strategy officer at Publicis India pointed out that brands are increasingly on the lookout for people who have challenged the norms and that Das would be a good fit there. “A brand that has a story like that may want to associate with her. Companies like Coca-Cola and Pepsi are no longer the only big advertisers, but drinks are normally a good match with sportspeople. Like Gatorade – she is a runner and Gatorade helps replenish the salts in your body. In that way, drinks could be applicable to her.”

He added that these days, media is fragmented and need-based, but in Das’ case, it’s the visual, rather than the audio-visual that might work quite well for an athlete like her who is making her presence felt. Bassi points out that the audio-visual medium requires a lot of acting skills, so right now, print or outdoor seems to be a good place to start for Das.

He believes that Das’ brand will sustain in the long run. “Her personality is like a message of perseverance. We’ve not seen much of her yet and I think she’ll evolve further into an interesting endorser,” he states.

The industry experts we spoke to shared the opinion that Das would be a good fit for fitness brands and brands that stand for women empowerment. The consensus was that she had a very strong connect because she is a strong independent woman who has broken several glass ceilings.

Vibha Desai, director of Vibha Desai consulting felt that Das would be a good fit for any female-oriented brand or one that wants to show perseverance and hard work. She also mentioned that Das would work well for sportswear items and that segment.

She pointed out that the reason brands want to associate with her right now is that she’s in the news, so it’s a natural association. “Another way a brand can associate with her is through storytelling – if you tell your story in such a way that you’re addressing what she stands for, then there’s a rub off onto the brand which then does the storytelling,” Desai adds.

Fancy a blast from the past? Hima Das isn’t the only non-cricketing athlete who caught the interest of big brands. In 2013, Milka Singh was signed on by Emami to promote its health supplement Zandu Kesari Jivan. In 1986, PT Usha endorsed a chocolate flavoured health drink called Active 25. She has also been seen in an ad for Kerala-based brand Kanan Devan Tea.

Cadbury-Kuchh Khas he Jindagi Me Jingle

Are you want to be T-Shirt brand Owner? Here is...
Read more