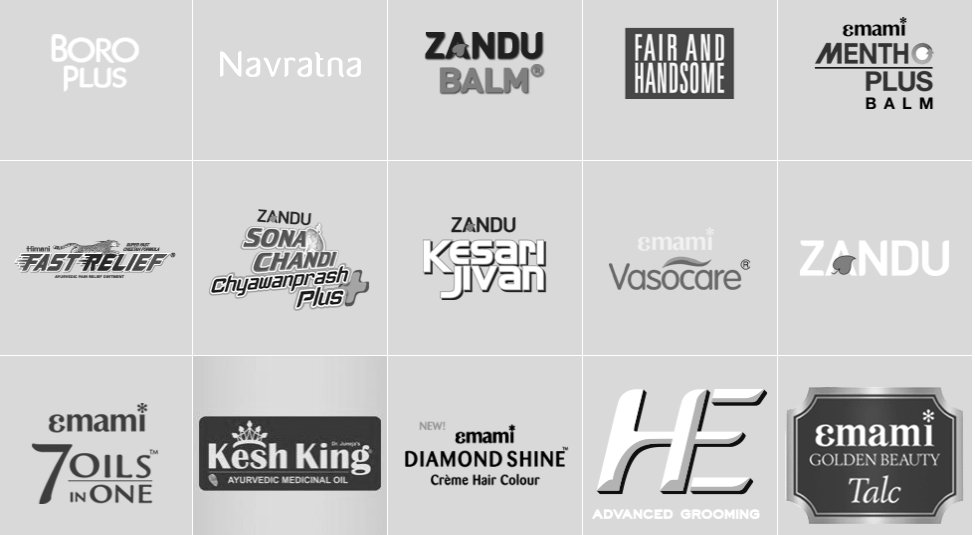 With its headquarters located in the Indian city of Kolkata, Emami is an Indian group of companies, or a conglomerate, that is most widely known in the country for its range of fairness creams for men. Back in 2008, Emami Group purchased for a sum of Rs.730 crores.  Zandu Pharmaceuticals and then acquired Splash Corporation based in Philippines for an amount of Rs.200 crores. In February 2019, Emami Group bought German personal care brand Crème 21 for Rs.100 crores.

How It All Started-

The Emami Group was born back in the mid-1970s when two friends R S Goenka and R S Agarwal quit their jobs at Birla Group management firm in order to set up Kemco Chemicals, an Ayurvedic cosmetic and medicine manufacturing unit in 1974 in Kolkata. Starting with a meager amount of just Rs.20000 with the Indian middle class as their key target, Goenka and Agarwal soon made the company into what it is today. The company boasts of revenue of $390m. Emami is currently a Rs.10 billion company under the Rs.30 billion umbrella of Emami Group of Companies.

During the initial days, both the founders personally used hand-pulled rickshaws from door to door and shop to shop selling their cosmetics. The acquisition of Himani Private Limited in 1978 turned the luck of Emami. The founders risked their own fate and their own company which had a very minimal capital base in order to purchase the 100-year-old Himani brand which was then facing financial troubles and restore it to profit. The name of Emami gradually spread from West Bengal to other regions in Eastern India.

Goenka and Agarwal still lead the company, along with professional staff and second generation directors hailing from the two families.

Emami was launched only 45 years ago in 1974. Within a mere span of just 4 decades, the company has grown exponentially into a huge brand with a current employee count of about 25,000 workers. Beginning with a mere sum of money, Emami has now under its belt the right to boast about having acquired at least 8 brands and companies in India and abroad. Even amid several companies facing insolvency proceedings and huge losses, Emami has been managing to survive in this harsh market with pretty good outcomes.

The company that has grown manifolds to become one of the fastest-growing Indian business conglomerates puts the biggest stress and emphasis on customer value and services. It makes constant improvements to enhance its consumer services and products. Hence it manages to make its way smoothly out of the current mess of a market.

The marketing strategy of Emami Group of Companies is a pretty interesting one. It focuses on 4 P’s- Product, Price, Place and Promotion. The brand or company emphasizes distribution strategies, advertising and pricing. Being one of the largest FMCG brands based outside the Indian subcontinent, it keeps innovation alive by launching newer products often and also makes proper investments.

Coming to the first P in the marketing mix of Emami i.e. Product, Zandu Balm and Boroplus are among the most used products in India with the latter enjoying a 76% share in the field of antiseptic creams. Similarly, ‘Fair and Handsome’ holds a 62% market share in the male grooming area. Apart from Boroplus and ‘Fair and Handsome’, Navaratna too rules the Bangladesh, UAE and Saudi Arabian markets under the cool oil market. The product portfolio created by Emami that enjoys immense popularity in the consumer market is mainly because of its herbal, natural and organic nature.

Coming to the second P i.e. Price, Emami provides value for money to all of its customers. Its competitive pricing strategy puts up a stiff fight with other FMCG firms. Its low volume packets have been popular among both urban and rural populations because of their affordability. Pricing policies are responsible for growth or demise of a company and Emami has succeeded in upholding a good pricing strategy, one that has made it possible for the company to penetrate both rural and urban markets.

The third P i.e. Place is important as Emami has made itself known not only across the domestic market, but also across the international market. The fast and efficient distribution plans teamed with easy availability makes the brand popular among consumers from all sections of the society. Emami has spread to 60 international locations, including GCC, CIS and SAARC regions.

The final P i.e. Promotion also plays a major role in the successful marketing of Emami. The company spends big bucks on promotions and advertising and in a country that houses billions of humans, the tendency of the company to be emotional and price sensitive pays off.

The company is not only limited to the FMCG sector, but has diversified itself into various other fields like contemporary art, solar power, cement, pharmacy chain, retail, ballpoint pen tip manufacturing, hospitals, real estate, biodiesel, edible oil, packaging boards and newsprint manufacturing. Another of the brand’s intelligent marketing strategy is their region-specific approach to promotion and distribution. Chyawanprash and Boroplus for example are more promoted in the northern states of India. Also formation and creation of separate marketing and distribution teams for rural areas is a notable strategy undertaken by the Emami marketing team.

When it comes to campaigns being started or promoted by big brand names, Emami has launched various ad campaigns to promote their products. For the purposes of brand building and promotion, Emami has enrolled Bollywood celebrities into doing ads and launching and promoting their items. Amounts as high Rs.433 crores have also been invested and spent for launching ad campaigns to facilitate and further promotion of Emami.

In-film advertising and endorsements by numerous celebrities, some as big and famous as cricketer Sourav Ganguly and actors Amitabh Bachchan and Shah Rukh Khan, also help Emami in spreading its popularity far and wide across the country, and beyond.

Atchayam Foodbox, as the machine is called, claim that it is a first of its kind concept in the...
Read more

People love cookie due to its yummy taste and a huge variety of flavor available. Its very potential and constantly growing category. Selling...
Read more

The toilet cleaner is specially sprayed around the rim and the bowl of the toilet prior to the use...
Read more
- Advertisement -

India has a robust banking and financial sector and...
Read more