With numerous stores across several countries and being easily accessible on a plethora of e-commerce sites, the brand sure has grown tremendously and will continue to grow in the coming years. Read more about some Interesting Things about your favourite brand Caprese.

With numerous stores across several countries and being easily accessible on a plethora of e-commerce sites, the brand sure has grown tremendously and will continue to grow in the coming years. Read more about some Interesting Things about your favourite brand Caprese.

Caprese is the premium handbag brand owned by VIP industries, one of the largest luggage makers in Asia and is a fairly new player in this space. Offering stylish, chic and contemporary handbags designed for the modern women, it is available all across the country both through offline and online channels. Launched in the year 2012, Caprese today enjoys a global presence with the products available in the Middle East, India, USA, UK, Spain, Germany, Italy and selective SE Asian and African countries. 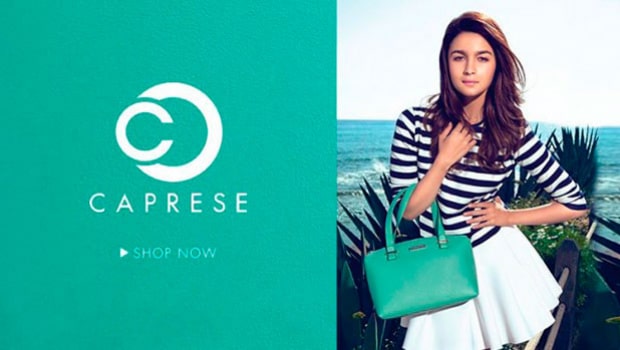 The brand was inspired by an enchanting and pristine island situated off the Italian shore, Capri. Italy for centuries has been synonymous with legendary fashion, luxury materials and meticulous craftsmanship all of which represent unsullied, free spirit. The brand began with a desire to curate a revolutionary range of accessories and hand bags which manifest the eccentric culture. The bags were designed with the urban women in mind who reflects the future. With sleek cuts and a strong aesthetic sense, every design of the brand is intended as a style testimony to every woman who has a strong desire to leave her mark on the world.

Initially launched as a mid-luxury brand, Caprese has shifted its positioning from hi-fashion to lifestyle. Caprese was launched as the brand believed they weren’t doing very well in the premium segment. The chief age group on which the brand focuses ranges from about 20-45 years of age.

The target audience of the brand comprises of 50 per cent housewives and the rest are working-class women. It has established itself as one if the top players in the market for ladies handbag within seven years of its launch. 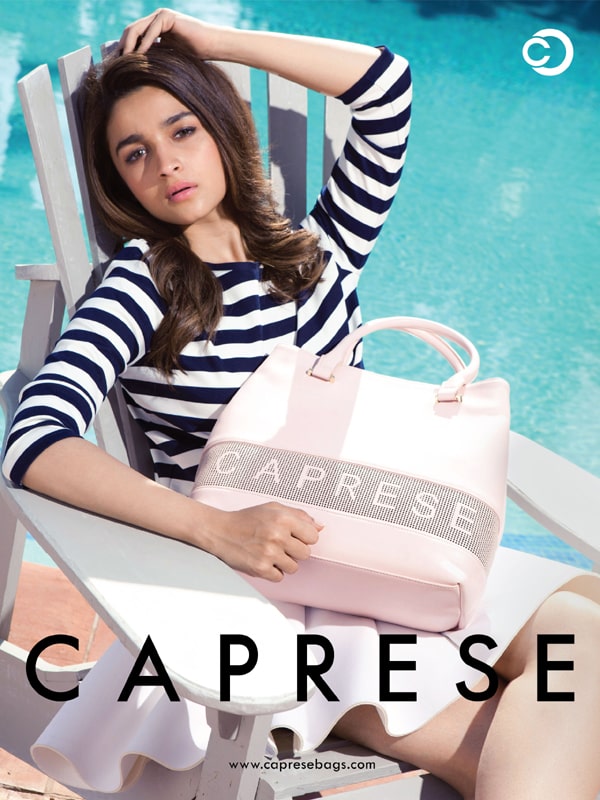 After its launch, it was in 2015 that Caprese instigated their first ever campaign based on a very large scale to promote the brand. The Stylist Campaign by VIP attempted to establish Caprese as a global brand that young ladies can associate to. They began with the following objective in mind:

The company aimed at creating a comprehensive marketing campaign across several platforms including TV, print, social media and radio. Not a lot of handbag brands choose the medium of television to advertise their products but Caprese took a plunge. Fashion influencers were also roped in to spread the word about the brand.

For Television advertisement, Alia Bhatt was brought on board and scenic locations of Europe were chosen for that international look. The young actress brought some freshness and much-needed relatability for the brand. An innovative campaign was launched on social media which aimed at helping the buyers associate with the brand. The Caprese Stylist Campaign was launched across Twitter and Facebook and girls were invited as stylist for the Caprese girl. They were to choose a handbag from the newly launched collection.

People interested in participating had to follow the brand’s Twitter handle and tag 5 of their friends. Tasks such as picking the perfect handbag from their new collection for the Caprese girl and posting it with the hashtag ‘Capresestylist’ attracted a lot of young girls. Winners at the end of the contest would receive merchandise.

A few Tweets for the campaign were:

The contest’s main aim was to have a large number of ladies engage in activities which would bring them closer to the brand. The chosen social media platforms were the ones where a large number of their target audience remained active. With the contest, user engagement certainly grew as the contestants had to scan through the company’s website and go through all the newly launched products in order to find the perfect handbag for a given situation.

The TV commercial on the other hand which featured Alia Bhatt showed her flaunting her Caprese handbag in several scenic locations and ended with the saying – ‘Now in India’. This marketing strategy positioned Caprese as an international brand. The actress is seen exploring the new Spring Summer collection of the brand in the spectacular Mediterranean. She in a way defines good life and style for the girl next door. With this ad, the brand attempted to strengthen the European heritage of Caprese and fashion credential on a global scale. The price range of the handbags was such that ladies who didn’t wish to spend too much and still own a premium bag could associate with it.

Launching the campaign on social media platforms was certainly a smart move and a huge number of the target audience responded positively.

It appealed to socially active young ladies and that made the brand visible to other potential customers as well. The tweets were well-received with hundreds and thousands of women commenting and re-tweeting the same.

Caprese today has turned out to be a huge success and has been contributing greatly towards the growth of VIP. The brand has a very strong presence in the top eight metro cities. It is available at over 800 sale points across the country including franchise stores, a few company-run stores, multi-brand dealers, as well as leading store chains like Lifestyle, Shoppers Stop, Pantaloons and Central.

The nation’s obsession with following latest trends of Bollywood and the girlish charm of Alia Bhatt worked really well in company’s favour. The bags are updated on a regular basis keeping in mind the constantly changing trends of the fashion world. Their innovative and bold shapes and fantastic quality make the products sell like hot cakes. With numerous stores across several countries and being easily accessible on a plethora of e-commerce sites, the brand sure has grown tremendously and will continue to grow in the coming years.

SEO or rather search engine optimization doesn’t require much money. It can be done completely free of cost, if...
Read more

Marico is one of India's leading Consumer Products & Services companies in the global beauty and wellness space. From...
Read more