How Brands Drove Ahead The Country During This Elections

Throughout the elections season, brands have been majorly executing their CSR activity, which is in fact very beneficial to the whole nation. Their communication has been to urge the people of the country to go out and vote. Different brands have taken different routes, but the overarching message has been almost the same – ‘Go out and Vote’.

How Brands Drove Ahead The Country During This Elections

Throughout the elections season, brands have been majorly executing their CSR activity, which is in fact very beneficial to the whole nation. Their communication has been to urge the people of the country to go out and vote. Different brands have taken different routes, but the overarching message has been almost the same – ‘Go out and Vote’.

Since the past many weeks, only one topical has been storming the whole internet and the country alike. And that is none other than the Parliamentary Elections and who will have the ruling party. Home or office or even the streets, this is the only topic that has been creating a lot of conversation and opinions, no matter what place it is. Meanwhile, the brands have been off to use the topical of elections to their advantage. Many famous international and Indian brands leveraged the whole scenario and incorporated themselves to become a part of this ongoing conversation. What’s been a highlight are the various campaigns, discussions over manifestos, and what all changes the policies will be seeing, not forgetting the social actions that each party would take.

Throughout the elections season, brands have been majorly executing their CSR activity, which is in fact very beneficial to the whole nation. Their communication has been to urge the people of the country to go out and vote. Different brands have taken different routes, but the overarching message has been almost the same – ‘Go out and Vote’. The main focus of all these communications has been the millennial and the youth population. Also, all kinds of platforms have been employed to get the message across – social media, Outdoors and Print Advertisements.

The Elections are obviously a very hot topic on Social Media too. Till date we have seen 45.6 MN Tweets on Twitter around the subject of Parliamentary Elections. The recording of this data was started from 11th March, the same day when the election season came to action.

Flipkart, the Indian e-commerce giant created the ‘Equals’ Day’ campaign in the month of May, whose purpose was to alter the way people perceive elections and voting to be. This was aligned with the positioning of the brand that is ‘Naye India ke saath’. Dentsu WebChutney was the digital agency which conceptualized the campaign. The key messaging of the ‘Equals’ Day’ is to create an awareness that everybody who votes is equal irrespective of their caste, creed, colour or gender.

The agency reported that they landed on the idea when going the Article 326, Universal Adult Franchise (UAF) from our constitution. It stated that each adult has an equal right to vote no matter the adult’s caste, colour, religion or gender. And this is what reinforces the equality and democracy that India is praised for. The film was a 90-seconder and it aims to capture the ‘Unity in Diversity’ factor and brings out the ideology of the Equals’ Day alive.

The travel luggage company, Samsonite in the 3rd phase of elections brought their topical film ahead called the #EkDinKiChutti. The film aimed at motivating people to take the day off from their offices and go home to fulfil their responsibility of voting. This initiative was like a reminder for everyone that the holiday that they get is for a purpose that shouldn’t disregard. To take this idea a step ahead, Samsonite announced a day’s holiday for all their out-of-state employees to give them the rightful opportunity to go home and vote. This film was conceptualized by Autumn Grey. The insight of this idea came from the fact that most of us tend to ignore our fundamental right mainly because of our busy lives. And the story moves on from there ahead.

One of the leading streaming apps, MX Player surprised its audience with an innovative content shelf around the theme of Elections. Since it positions itself as the deliverer of ‘Everytainment’, the brand added the wow factor in its offering when it devised the specific kind of entertainment that suited the then mood of the nation. In India, apart from Cricket and Bollywood, Elections is the occasion that captures the imagination of almost every Indian. There are many unfulfilled promises, one huge claim after another and a dream that many a times never turns into reality. Targeting this crude fact, MX Player launched #ElectionsOnMX, an ode from the brand.

The film mocks the Indian elections as a big theatrical drama going on. It brilliantly brings out the frenzy of the election period and the communication invites the audience to witness how the election would pan out not very different to the theatrical event on the national stage. Different Parties and their members have different roles – all of which are shown to be rather not so useful to the Indian population.

Taking into play the brand’s current proposition of “Protect What You Love”, Castrol launched an ad film that takes into account the scenario of low-turnup in elections in our country, not forgetting the qualities that the product offers. The film is set around the upcoming general elections in India and it encourages the youth of the nation to ‘Give a Ride, Help Cast a Vote.’ The campaign has been conceptualized by the creative agency Ogilvy. The campaign is aligned with what the today’s youth believes i.e. driving a positive change in the country. Have a look at the film below:

These are majorly what the brands did at the peak of the elections season. Finally, the results of the elections came out on 23rd May and we got the Hon’ble Prime Minister as Mr. Narendra Modi. This is his second term as the Prime Minister of the country. The PM received a lot of congratulations and good wishes from all over the world and also the people of our country. 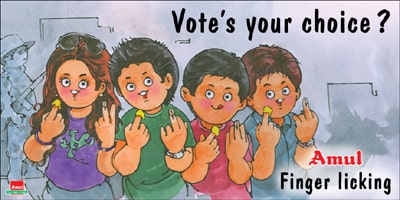 Post his victory, we saw that some brands congratulated him in their own voice and style. Below are few of them: 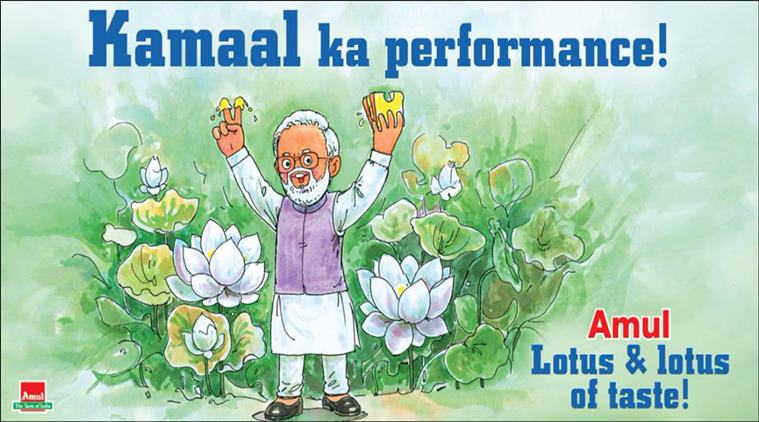 Company Name – The LEGO Group Founded by – Ole Kirk Christiansen  LEGO is one of the renowned names not only...
Read more

Do you love watches? Want to open wrist watch shop or Company? Require Creative Names, Watches are popular with both men...
Read more

Disney India's latest 35-second ad to market its 'Kids Pack' has had a mesmerizing effect on the experts. Broadcasting company,...
Read more
- Advertisement -

Above is collection of all the tourism board's logo...
Read more