AkzoNobel Paints, which was formally known as ICI Paints, is one of the world's leading coatings manufacturers in decorative paints and performance coatings. Using Technology and innovation is one of the most promising features of the AkzoNobel Group. Read More about Dulux Brand

AkzoNobel Paints, which was formally known as ICI Paints, is one of the world's leading coatings manufacturers in decorative paints and performance coatings. Using Technology and innovation is one of the most promising features of the AkzoNobel Group. Read More about Dulux Brand

Dulux is an internationally accessible brand of architectural paint. The name Dulux is used by both Imperial Chemical Industries (ICI) and DuPont since 1931 and was one of the first alkyd-based paint making companies. It was started by AkzoNobel (although it was originally produced by ICI earlier to 2008) although the US markets are currently being served by PPG Industries. 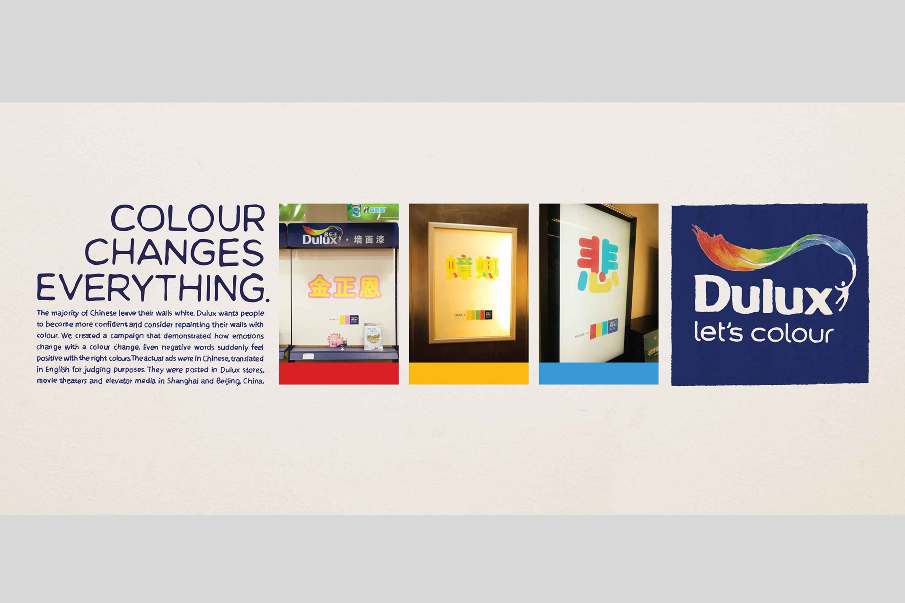 During the early days of its establishment, many decorators and their suppliers were the major customers for Dulux Paint, “Say Dulux to your decorator” was used extensively as a publicity motto in the 1950s. By 1953, Dulux was accessible in the retail market. And after ten years the very famous Old English sheepdog was used in its advertisements. Soon the “Dulux dog” became a common nickname for the breed. The name Dulux is originally derived from the words Durable and Luxury. In May 2010, Dulux started the ‘Let’s Colour Project’, a global advertising campaign containing the painting of public places with bright colours.

After the end of the First World War, a long-established firm of varnish makers called Naylor Brothers stretched its activities into paint production. They moved out of central London to set up a factory in Slough on a large 30-acre site. The Naylor Brothers’ had a huge 30-acre industrial plant and a very, very gifted scientist named H.H. Morgan. In the early 1920s – after a terrible attempt to enter the wallpaper industry – Naylor Brothers found themselves in financial difficulty. After lengthy negotiations, Nobel Chemical Finishes acquired Naylor Bros. Nobel Chemical joined forces with 3 major British companies and converted to ICI Paints Limited. The first ‘Dulux’ alkyd-based artificial finish was finally produced. The brand name ‘Dulux’ was recognized (a mixture of ‘Durable’ and ‘Luxury’). 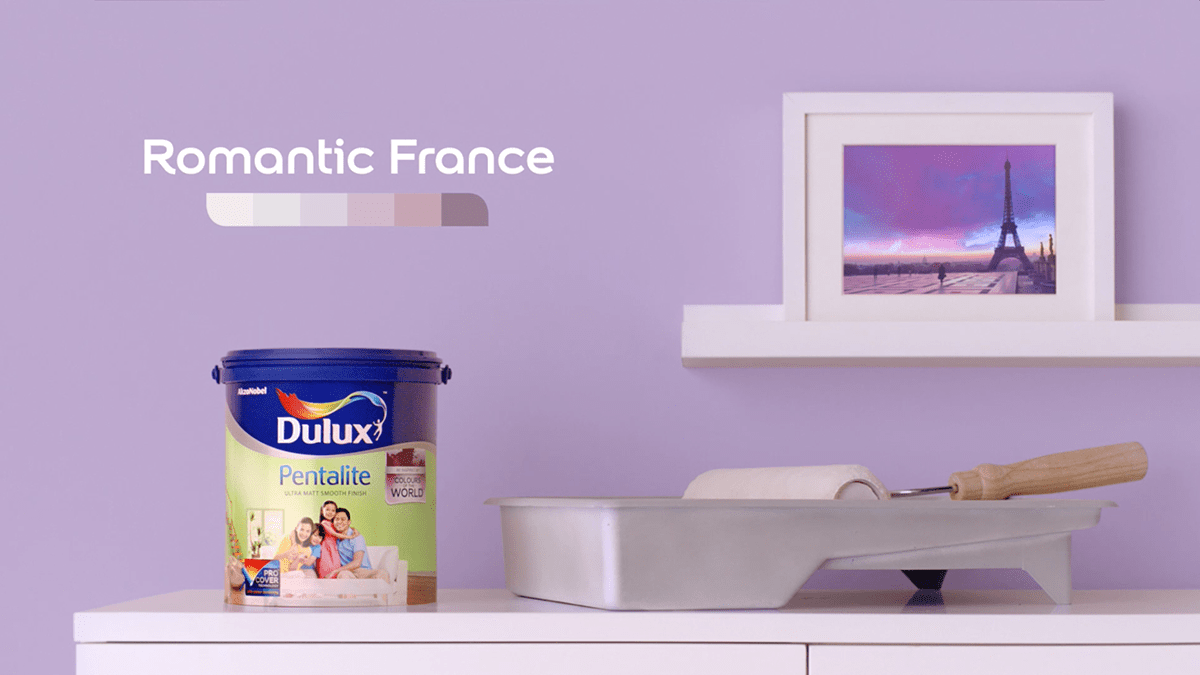 For the first time, the Dulux paint was introduced to the building trade who are distrustful of a new preparation paint and believed that something so easy to use and reliably good could last as well as its lead-based counterparts. At that time the country was facing war. Manufacture of decorative paints was stopped and the factory was set to work on producing paints and special finishes for the military forces. The factory had two bomb attacks. The war proved to be a push in the future success of Dulux paints. People soon noticed that all of the buildings painted in Dulux before the war looked better than the ones painted at the same time in other. Britons started doing their own decorating and a new era of home improvement and ‘DIY’ began. Women used to working in usually male-based roles during the war, used their new established confidence and skills to do the work themselves.

Dulux launched their new paints into the developing UK Retail market. The 1950s Dulux began to appeal directly to the consumer, DIY became progressively popular. Dulux became the first paint brand to be advertised on TV at that time! The official mascot Old English Sheep Dog first appeared. It is rumoured that ‘Dash’ the dog belonged to the advert’s director and kept on running onto the set to play with the child actors. When editing the footage, the scenes he was in looked so good they didn’t get cut and the rest, as they say, is history. Their first Dulux dog even became a film star.

In 1990s, ‘blend’ and ‘tone’ were words that contained heavily in the Dulux colour guides, with décor continuing the soft 80s feel. By the late 1990s majorly due to the popularity of TV decorating shows), everyone was trying their hand at paint effects– sponging, ragging, and stencilling or dragging. Paint figured heavily in the makeovers – having the most transformative effect for the low cost.

Launched the ‘We know the colours that go’ campaign which ignited a new wave of customization in colour. Finally, In 2008 AkzoNobel acquired ICI and Dulux became a significant part of the world leading paints and presentation Coatings Company. During the year 2011, the Dulux Dog completed 50 years! After a while, Dulux presented AkzoNobel Colour Futures global colour and designed trends plus Colour of the Year for the first time in the UK. Dulux launched Mix Lab, Chroma lock and the ground-breaking Visualizer app. Dulux launched a new Training Academy that imparts skills from basic decorating to the colour scheme.

English sheepdog was the official mascot for Dulux Paint Company. The dog was first presented in advertising campaigns in the year 1961. Since then it became a constant and highly popular feature of Dulux. TV and print advertisements all showed famous Sheepdog. This became so popular that many people started referring to the breed as a ‘Dulux dog’ rather than a Sheepdog.

Over the past years, different dogs have appeared in the advertisements but they all look very similar, as they are carefully chosen by ICI’s advertising agency. The first Dulux dog to become mascot was Shepton Daphnis Horsa, whose pet name Dash. It held the role for eight years, it was owned by Eva Sharp in Tottenham. His new successor, Fernville Lord Digby, was the most famous Dulux dog and also made his owner a fortune.

Gambit – who was another Dulux dog, was used in a vivid shoot in 1980 for Philips Video and its new generation of video recorders. By the time the shoot was finished, there was enough hair to fill a mattress – the dog was continually dressed during the shoot.

In year 2015, Shraddha Kapoor was announced as the brand ambassador of Dulux paints. She has joined the group with Farhan Akhtar who was already recommending the brand’s exterior product and interior paints. On her association with the brand, Kapoor said, “Home decoration expresses individual’s style and Dulux helps consumers in finding that style that too with great performance”. It is not uncommon for Bollywood celebrities to do paint commercials. In 2011, Shahid Kapoor also signed up to endorse the product putting all the speculations to rest.

The company has about 20 percent share in India. Few years ago they announced a key initiative. The Company presented ‘Dulux Visualizer’- an advanced and user-friendly mobile application that uses advanced augmented-reality technology to please consumer needs and also released the latest edition of its annual global study of colour trends, ‘ColourFuturesTM 2015’.

AkzoNobel Paints, which was formally known as ICI Paints, is one of the world’s leading coatings manufacturers in decorative paints and performance coatings. Using Technology and innovation is one of the most promising features of the AkzoNobel Group. In the year 1931, it was one of the first alkyd-based paint making companies. By 1953, Dulux was accessible all over the retail market and became one of the most popular products in the world. After integration with ICI and AkzoNobel, it has an influence on global expertise and local insights.

The Rs 20,000 crore stationery industry in the country is poised for innovation and growth. The industry is expected to...
Read more

Air conditioners are sometimes the costliest thing to afford in the summers and thus to inquisitively many don’t go...
Read more

Comfort has always been an agenda of every day of a man today working life and thus to make...
Read more