Marketing Meme Marketing: How to Use it in Your Brand...
FeaturedMarketing

Popular content was in existence earlier also. But now in the contemporary pop culture, it’s got a make-over and along with it, a new name and identity. Here is very useful information which you wanted to know about meme marketing, the various kinds of memes and how to make the most compelling kind for your brand

Popular content was in existence earlier also. But now in the contemporary pop culture, it’s got a make-over and along with it, a new name and identity. Here is very useful information which you wanted to know about meme marketing, the various kinds of memes and how to make the most compelling kind for your brand

Marketing Meme Marketing: How to Use it in Your Brand Promotion 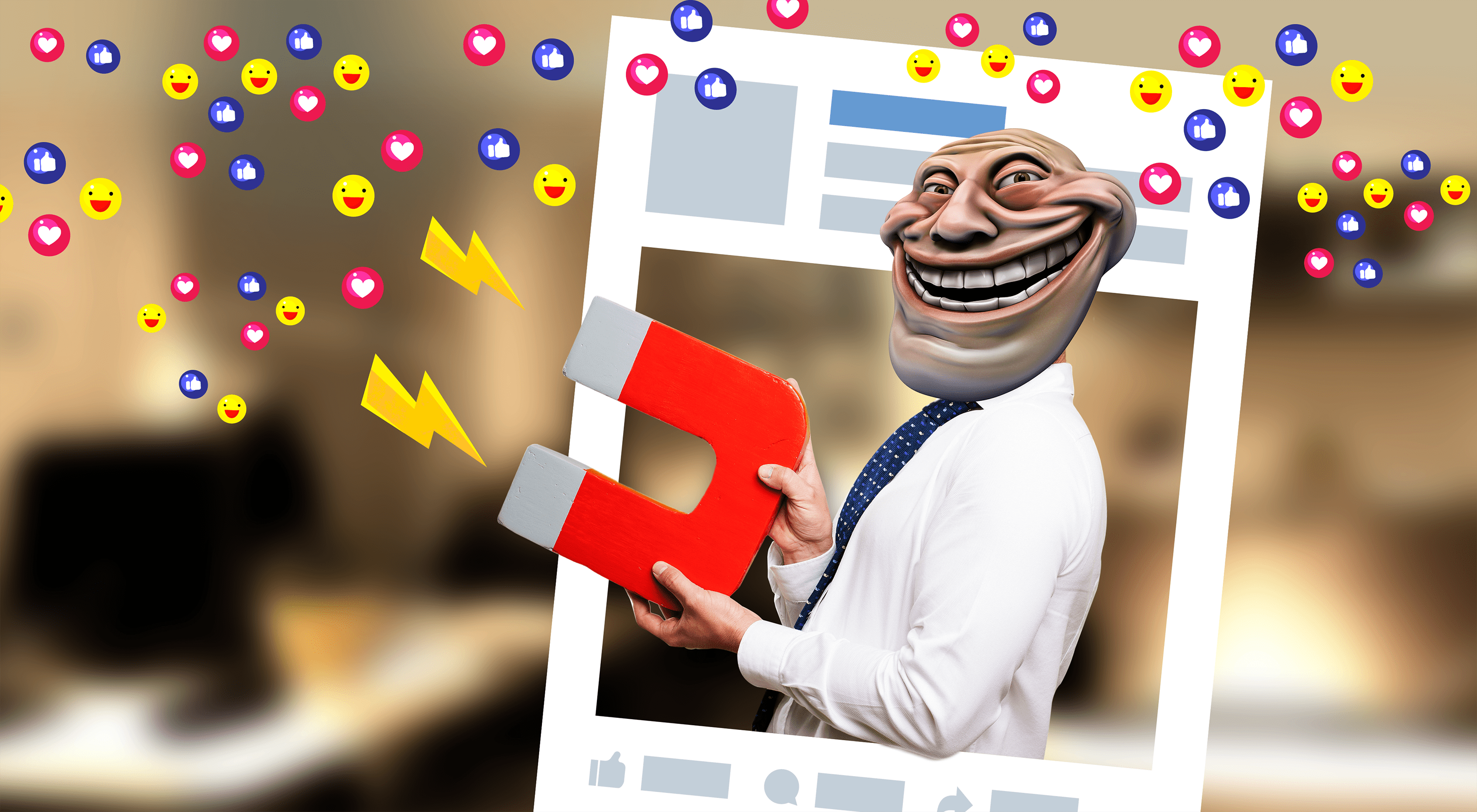 If you’ve ever broken into a titter after watching a captioned forward from a friend on your social media feed, you have already become a part of the social media meme marketing movement.

Comprising mainly of videos that have the potential to tickle your funny bone and other ‘influencer content’ meme marketing on social media has become a common currency content on social media, observes a Forbes author.

And they need not always be funny. Brand memes or personalised memes are compelling pieces of content that have the potential to go viral across world wide web with a use of a clever caption. It thus has two main components –an image and an eye-grabbing caption. “They can be pictures someone posts that pick up interpretation and commentary as they travel the internet eventually becoming a running inside joke,” says the author of an article on wixblog.

Surprisingly, the credit for coining the name “meme” (rhymingwith team) goes to Richard Dawkins, a biologist, who first used it in 1976 to describe a cultural idea or trend that gets widely circulated on the internet.

Dawkins reasoned that if a content piece strikes a universal chord, and the factoid is widely acceptable, it has better chances of survival than commonplace content. As a biologist he interpreted this communication trend in terms of Darwin’s evolutionary theory.

Today, the meme marketing on social media has taken on newer, better and more creative implications, with brands pushing the envelope to invent amazing use and expressions of memes. If you want to have a glimpse, log on to Lifewire that has put together a laundry list of Ten of The Best Memes of All Times. They range from the most bizarre to the most amazing forms of brand memes.

Going back in time, one of the first memes to be created was of the Dancing Baby,that became so popular in the 90s, it appeared as a cameo on the TV showAlly McBeal.Another popular one was the Hampster Dance, the outcome of intense sibling rivalry between two sisters, who wanted to see who could generate more traffic on the internet.In terms of sheer statistics, Star Wars Kid (2003) stirred so much interest it received an estimated 900 million views till date.

At the last count, Memes.com claimed over 16 million followers on FacebookandInstagram, and their Facebook Messenger bot is ranked number one in entertainment, with over 600,000 netizens downloading and uploading brand memes or personalised memes daily, according to available statistics.

Interestingly, one of the world’s most successful personal meme was that of a white toddler, outfitted in a green and white T, gritting his teeth and clenching a fist of sand, captioned simply as SUCCESS. The meme instantly went viral so much so that eventually the White House licensed it for its own commercial use to promote immigration reform.

In short, powerful brand memes can be sued to drive powerful political messages too. They grab attention. They speak louder than simple text or image and they get shared instantly.

If you can’t come up with your own earth-shattering idea, the way to go forward is borrow from already trendy brand memes. In doing so:

Be applicable to many not one

That’s the crux point of a successful brand meme. You have to appeal to a huge number. Only then will you be sharable. Even luxury retailers can widen their appeal with the use of quirky illustrations with their exclusive fashion. Nickelodeon TV channel does it so often on Twitter and Instagram. It puts out content that people can easily relate to and laugh over.

If you want to come across as cool, go pedestrian. Get a young creative on board to craft your brand memes. Don’t want to discriminate on the basis of age, but this dude may sound more authentic as he’d be a born native.

Be irrelevant but not careless. If you are working with humor by taking pot shots don’t take it at other, take it on yourself. You can be provocative but not offensive. For more tips in this area check out this link.

Instagram, Twitter, Reddit, and Facebook are great places for spotting new trends. Look out for gags that are violently going viral. Look out for meme-style ads. We felt particularly floored by ‘Its “Fry day”’ for a quick food delivery chain! Think Meme. Think Clever.

If it comes natural, it’s okay. If it doesn’t, don’t force it. It won’t be as effective. According to one wag, memes can be incredibly effective only when, like Caviar:

Overuse would be an overkill. Don’t do it.

Also, each meme has a fixed shelf life. If it’s already run its course and you have missed the miss, no use climbing the bandwagon now. Search for the next big bus for your ride.

There are several. Let’s quickly count a few:

Remember angry birds? These are somewhat similar. Rage is a common, universal emotion that anybody of any age can relate to. So it works as a theme. There are examples galore, Trollface, Like a Boss, Cereal Guy, and Forever Alone Guy.

An extremely good example is that of I Can Has Cheezburger meme. They nearly always use a bold palate – white Impact font with a black border

These are come and go memes with very short shelf life. Easy come, easy go kinds. But they serve their purpose for a couple of weeks till the going is good.

A copy of the trending personalised meme. More often used as a response to a popular meme on various other social platforms than from where the original meme started from.

All said and done, meme marketing is the new name for an old wine.

Popular content was in existence earlier also. But now in the contemporary pop culture, it’s got a make-over and along with it, a new name and identity.

Choosing the best Lipstick for your Style is not an easy task.You have to huge that product then you...
Read more

Suggested Catchy Names list for a Chair Brand The demand for branded Chair has increased in India due to the...
Read more

Although aromatic body washes are flooding in the Indian...
Read more