Started as an alternative to SMS, WhatsApp logs over 100 million voice calls a day according to the company’s blog. Here are some More Interesting Facts of Whatsapp and Its Marketing. Read below for More

Started as an alternative to SMS, WhatsApp logs over 100 million voice calls a day according to the company’s blog. Here are some More Interesting Facts of Whatsapp and Its Marketing. Read below for More

WhatsApp Messenger is a cross-platform messaging and Voice over IP (VoIP) service that allows its users to send text, videos, photos, voice calls, documents, and even the location. It has a user base of over one and a half billion, making it the most popular messaging application at the time. A pun on the phrase What’s Up, this app has grown in multiple countries, including India, and large parts of Europe, including United Kingdom and France.

Founders Brian Acton and Jan Koum both worked together at Yahoo. After leaving yahoo, they applied for jobs at Facebook, but eventually both of them were rejected. In January 2009, after purchasing an iPhone, Koum had the vision to see that an entire industry was about to form based around mobile apps. Hence, Koum started visiting his friend Alex Fishman in West San Jose where the three would discuss “… having statuses next to individual names of the people”, but this was not possible without an iPhone developer. To sort out this problem, Fishman found a Russian developer on RentACoder.com, Igor Solomennikov, and introduced him to Koum. Koum named the app “WhatsApp” to make it look like “what’s up”. Finally with their diligent efforts, WhatsApp Inc. was incorporated in California on February 24, 2009.

Initially the start of WhatsApp was not as per the way that its founder desired. Numerous crashes and failures, frustrated Koum and he reportedly considered giving it up entirely and started searching for a new job. But Acton encouraged him to stick it out “a few more months” each time the duo hit a setback.

And things turned out to be pretty positive in the coming years. More than 1 billion people use WhatsApp to stay in touch with friends and family, anytime and anywhere. 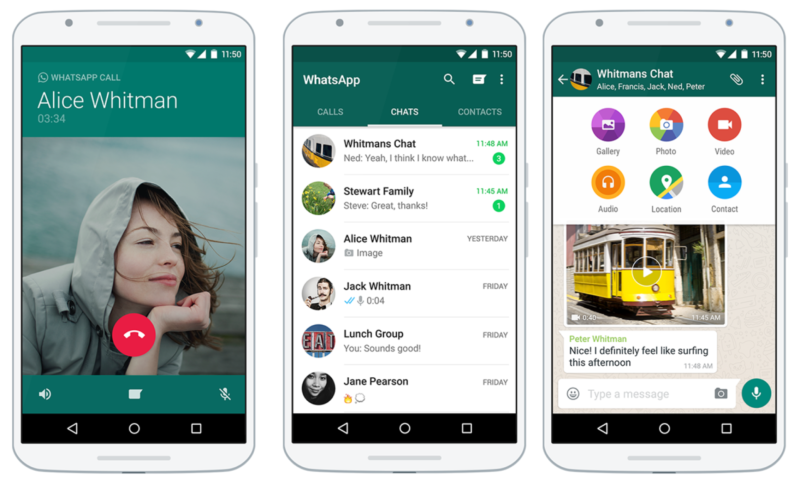 After purchasing the iPhone, Koum began to explore the possibility of creating an app that would let the mobile users to interact and engage with their near ones and business contacts in a more convenient way. John Koum and Brian Acton, managed to persuade five associates from Yahoo to fund the app with $250,000, and Finally on Feb 24, 2009 WhatsApp was launched.

With the passage of the years, the app went through to its eventual success. WhatsApp boasted more than 50 staff members and 200 million users as on February, 2013. On February 19, 2014, months after a venture capital financing round at a $1.5 billion valuation, Facebook announced it was acquiring WhatsApp for US$19 billion—a number that stands as the largest acquisition in the world to date.

Started as an alternative to SMS, WhatsApp logs over 100 million voice calls a day according the company’s blog. With a constant rise in the usage numbers of the app with the app’s historic buyout, there’s no arguing on the superb success of WhatsApp.

The origin of the WhatsApp logo is not known quite clearly. It seems that it was designed by Koum and Acton themselves during the initial stages of the app’s development and launch. One thing to note is that basic design of the WhatsApp logo hasn’t changed over the years, even after the company itself changed hands. WhatsApp serves as platform for both instant messaging and audio/video calls and this has been effectively conveyed in their app logo. Combining the text bubble which is generally used to symbolize receiving and sending messages, with landline phone which is used to make calls—as opposed to a smartphone which has hundreds of functions; the WhatsApp logo aptly communicates the app’s function.

WhatsApp Marketing Strategy and Interesting Reasons behind its Grand Success
________

Being a messaging service that works quite swiftly and that too from anywhere in the world, WhatsApp has become quite an indispensable part of the life of millions of people. Offering simple, end-to end encrypted, reliable messaging and calling service from mostly all smartphones, WhatsApp allows the user to stay in touch with their friends and family, anytime and anywhere. According to the Financial Times, WhatsApp “has done to SMS on mobile phones what Skype did to international calling on landlines.”

Hence we can say that WhatsApp is all set to soar high with success in the coming time, courtesy to their great approach.

The past of plywood industry in India goes back to the early 1900’s when India imported its 1st consignment...
Read more

At times of critical illness to one of our loved family member, we will not search for the top...
Read more

Tea aka Chai is one of the most famous beverages to serve all over the world. If we talk...
Read more

i-ball is also in the race of mobile

It all started with a dream. From its humble...
Read more