Marketing Vita Coco : A Healthier and a New Coconut...
Marketing

Marketing Vita Coco : A Healthier and a New Coconut Drink

Vita Coco is a major beverage brand of Brazil, offering Coconut Drink with a range of Flavours.

One night in 2003, childhood friends Mike Kirban and Ira Liran met two young women from Brazil.Soon after, Ira hopped on a plane to Brazil to see one of the girls and learned about “agua de coco.” When Mike came to visit shortly after that, they got down to business with a plan to bring coconut water to the US. 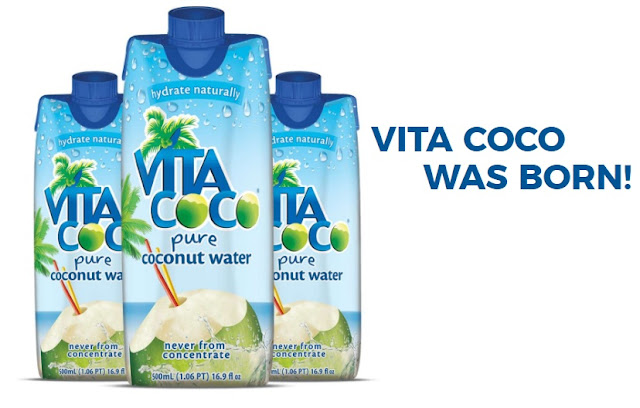 For this Coconut Water’s healthy Thirst, here is the Vita Coco, Founded in 2004 by two childhood friends in New York, Vita Coco now has sales in 30 countries and is the global leader in coconut water.The Success of coconut water in the Western Hemisphere also points to a larger trend of people in the developed world moving away from carbonated to ‘natural’ drinks.Vita Coco has a tried-and-tested method for launching a new product category and creating demand in new markets.

Coconut water is the newest fashionable health drink in the West. We Indian consumes this drink from any years ago. In India. Coconut is a national Fruit which is highly consumed to its spiritual values. Massive consumption happening in all Temples of India as a Prasad. India has the very wide coastal area where we can say the maximum people are directly or indirectly associated with a Coconut tree. they used their products regular basis. If Such big companies plan to make this drink in India then it will create huge employment and help to strength the people of the coastal area.

Clear coconut water is still a small player in the market but has future vibrant potentiality. Vita Coco is looking to double household penetration and raise awareness among health-conscious consumers. The multi million pound ‘Reach for the Beach’ campaign will run for four months over summer and include out-of-home, digital, experiential and PR activity.

The company has been started its marketing activity in India. We found that it’s also available in many online stores. I think that natural drinks are the future of soft drink. People moving towards things which are natural and hygiene. many people bring coconut water to hospitals. But hospitals there have started to ban coconuts from the venue because the husk or machete is not sterile. When repackaged in a safe Tetra Pak, however, coconut water will not have this issue.

Many big giant soft drink Players also planned to add coconut water bottle in their product shelf. Recently, we found on some news that Cococola also planning to enter into this category as its base is growing.

Another bad news for this giant Two Companies, Coke and rival PepsiCo is facing more troubles. Some trade associations in Tamil Nadu and Kerala said their members would not sell the soft drinks made by the two companies.

Playing the guitar is more than playing a musical instrument. Once, Jimi Hendrix said he rather played the emotions...
Read more

With a history that dates back thousands of years, the use of hair oils is nothing new in this...
Read more
- Advertisement -