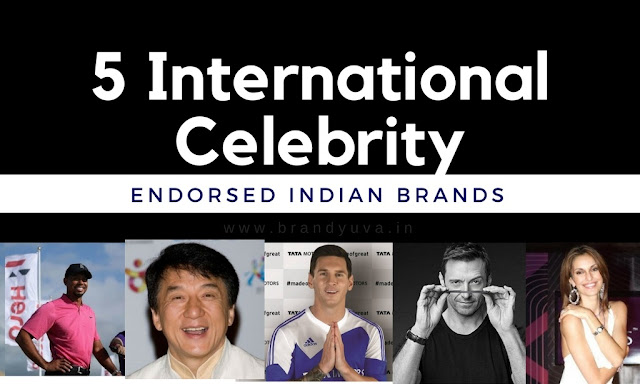 From the Hollywood Wolverine Hugh Jackman to world renowned action star and martial artist Jackie Chan, Indian advertising industry has taken and taken its turn to Global celebrity endorsements to hike up their brand reach.

Here are some of the world’s renowned celebrities who endorsed Indian brands and added the global flare.

Micromax India has made quite a big by roping one of the biggest action stars in Hollywood Hugh Jackman. You can see him performing stunts in the two-minute ad for the Indian smartphone manufacturer, Micromax.


The ad reportedly changed the consumer perception of looking at Micromax mobile as classy and high-valued phone. This Oscar-nominated Wolverine and X-Men star has contributed his global charm to the Indian consumers in this action-packed ad.

2) Tiger Woods- Hero MotoCorp
Product: Hero MotoCorp bikes
Year:  2014
With a plan to expand into European and US markets by 2016, an endorsement with Tiger Woods will elevate the company’s brand image in the markets it is not known.

With a plan to expand into European and US markets by 2016, an endorsement with Tiger Woods will elevate the company’s brand image in the markets it is not known.

With his debut product endorsement in India, International action Icon Jackie Chan has backed the deal with Bajaj Auto’s latest offering, the 125-cc motorcycle Discover. Even though the ad is set in China demographics, you can see Jackie Chan showcasing namaste gesture in the ad reflecting on the India brand psychology.

Set in 2008, the early stages of social media, the company used the film star popularity for the brand penetration in South-East Asian markets.

The Argentinian football sensation, Lionel Messi delighted football fans in the full-page newspaper ad and TVC’s for Tata Motors. He has taken the Tata brand name to the other parts of the world markets. A #madeofgreat partnership by Tata Motors has featured the four time Ballon d’OR winner along with the Tata’s latest hatchback, TATA Kite. Market watchers estimated that the deal reportedly between ₹ 12-15 cr.

Lionel Messi is the first brand ambassador for the company in its 70-year old history and this is the first Indian brand endorsed by Lionel Messi. Interesting. Isn’t it?

Apart from Indian celebrities such as Rahul Bose, Farhan Akhtar, International supermodel Saira Mohan added the international flare to the Titan’s premium watch segment model i.e. Xylys in 2006. She represented the brand by showcasing an attitude of living life fearlessly on her own terms with a passion for pursuing her dreams.

This elegant and premium watch model has been created in collaboration with renowned Swiss designer Laurent Rufenacht and Titan’s own design advisor Michael Foley. The watch is different by design for sure.

When dining at a fancy restaurant, with good food comes a premium bottle of water, which, more often than...
Read more
- Advertisement -

Due to rapidly change the Lifestyle and living pattern...
Read more

The car perfume product industry may be reduced in...
Read more