➤Here is the Success story of Patanjali Brand:

The fast moving consumer goods (FMCG) segment is the fourth largest sector in the Indian economy. The market size of FMCG in India is estimated to grow from US$ 30 billion in 2011 to US$ 74 billion in 2018.

As everyone aware that Growing awareness, easier access, and changing lifestyles have been the key growth drivers for the sector. The same strategy being adopted and followed by the giant and massively growing Company Patanjali Ayurvedic Founded by Acharya Balkrishna and Baba Ramdev established Patanjali Ayurved in 2006. It is now one of the fastest growing FMCG companies in India – selling 700 plus products with a turnover of Rs 5000 crore during 2015-16.

“We aware that Patanjali is not a brand, it is although created brand by honesty, core hardwork and dedication by their Founder Baba Ramdev and Acharya Balkrishna ji.. “

Patanjali is built by rigorous and continuous effort.Ramdev was a little-known yoga teacher in Haridwar when his close associate, Acharya Balkrishna, and he set up Divya Pharmacy. 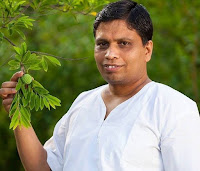 Balkrishna Suvedi often referred as Acharya Balkrishna – a close aide of the Yoga teacher, is the man behind the huge business.

Patanjali Ayurved started in 2006 and has seen a meteoric rise in the past few years with revenues of ₹5,000 crore. While Patanjali’s combination of low prices, health conscious community rose, natural and pure- proposition and Swadeshi Feeling are widely acknowledged to be the reasons behind the success.

Before Patanjali came into the picture, a large number of people were already following Baba Ramdev and yoga. Baba Ramdev launched his country-wide Swadeshi movement against the Central government’s decision on FDI in retail.Through this campaign against FDI and Baba had built a powerful connection bridge between the Yoga, Swadeshi, and Ayurved. Before building the brand trust of Consumer, people had already built their trust on his idea. Yoga became ultimate solutions to their many health problems.

Of course, Patanjali is used to a red-hot pace of growth and doubled its sales in the year. The company, which sells everything from shampoo and toothpaste to biscuits and noodles, and rice and wheat to honey and ghee, more than.You will be surprised about this Fact that Patanjali doesn’t employ any fancy managers with MBA degrees.They believe in selling through their own branded outlets, SKUs and Distributors. 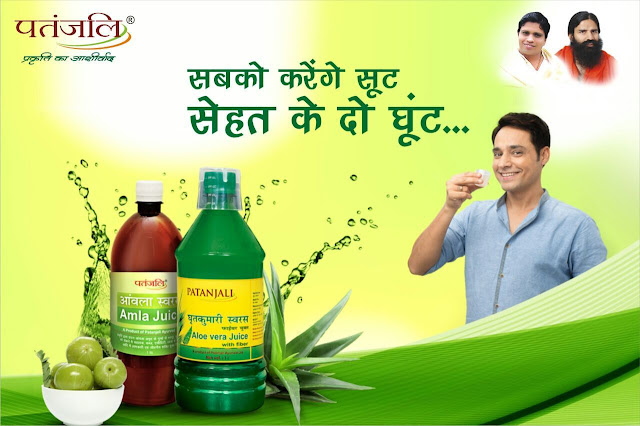 Yaa! It’s amazing that They are expanding their footprint in some another industry.They already plan to launch some swadeshi products to compete the Giant brands like “Swadeshi Jeans”.Baba knows that the Maggi have a good Market share and its entered into the consumers shopping list so recently he launched Patnajali Noodles.Patanjali has expanded its portfolio to over 400 stock-keeping units (SKUs..Patanjali’s expansion is backed by a high-powered marketing campaign led by Ramdev himself. Recently, You check that Patanjali Ayurved doubled the number of advertisements it airs on TV channels.Huge Advertising , nothing else . That is the only way to triple the volume and turnover . There being good margin of more than 50% , so it is no big secret that FMCG companies spend big amount on advertising and so does Patanjali.

➦Here are the Ten success factors which make Patanjali a Big brand:

We can say that Patanjali took huge benefit of this social change.People going with natural and love the products which are organic.Through this Organic proposition, they attracted huge consumer base on their Natural Products.In recent times, people have become more health conscious which is evident from the fact that many companies are investing money in organic and Ayurvedic products. It makes better health and living like body weight, fitness, proper faculties, mental abilities etc.

They are going with “Make In India”compaign to gain more attention from the customers. Swadeshi Movement started by the Baba ramdev against the Big Foreign Multi National Companies. Patanjali is happy to co-exist with indigenous companies, multinational ones are a different matter. “Humara ek simple funda hai: MNCs ko replace karna hei,”  said Ramdev.This funda is going to be right slowly.

As per recent trends of Human lifestyle, Health paying a huge importance in the life any human. Patanjali is able to create a brand perception of health and wellness among the Indian masses, primarily because of Baba Ramdev’s association with the brand who is considered to be a veteran of yoga.Products like Amla Juice, Aloe vera Juice, Coconut Hair wash,ans some herbs which creates the curiosity among the customers.

Patanjali medicines are prepared according to the authentic formula prescribed in Ayurvedic texts.That things gives satisfaction.Beyond Patanjali’s flagship ayurvedic range of products, their strategy is to simply create products that people are already used to using and not try to innovate. Even the product names are very similar. This is very clever, as it significantly reduces the friction for the end consumer. They have established well-certified factories and herbal park as any other pharmacy company and they have one of the best Ayurveda research establishments in India and world.

Pricing plays an extremely important role in putting Patanjali Ayurved ahead of its fierce competitors.Reasonable Products Pricing is a highly effective strategy to win markets is key to extracting maximum value from their Target Market. Another reason for Patanjali’s success is the thrift it practices. “Our profit margins are minuscule because the main aim is not to make profit,” said Ramdev. “Profiting from patients is against the philosophy of Ayurveda, so we aim at a minimum profit from our health products. They directly purchase the Raw materials from the Farmers so its costs very low . Patajali keeps prices lower than its competitors. Marginally low. Enough to let the customer think,

The fewer brands the better. And ideally, just one brand.Patanajali says “Choose us, we are same as others with no harmful chemicals”.if you have heard of any brand and like the personality – then you might be comfortable buying something else it offer. No matter how different the product category.Alright, so you have got 2 or more products that offer the same benefits, now how do we get people to pick our product over something that they have already been using. Simple – promise them something that they want but the other product doesn’t offer. In this strategy, the focus is on a development of Main Brand rather than sub brands. But I many cases if one brand doesn’t do well, the company can still earn revenues from other brands and the failure won’t hurt the company badly

After their Swabhiman Yatra across India, Which made Baba Ramdev a national fame as a yoga guru through his programmers on TV channels like Sanskar Aastha. We can say that he is well aware of the use of media and create the buzz in the Media.Some instance like he said that he will try to launch the Desi noodle(like-maggi) which is safe to eat.Recently , he announced that they are going to make and launch desi jeans. He readily acknowledges the role of the media in his rise.i think that Baba’s own role in the rise of Patanjali is just one to 10 per cent, the rest of the credit goes to the media.

In India, 1000’s of stores are now selling Patanjali products, and these stores are exclusively selling Patanjali, making the local retailer quake. The penetration levels will only rise further as the margins in the product are good too.Initially, Patanjali shunned the conventional distribution network, preferring to rely on its own channels of super distributors, distributors, Chikitsalayas (franchise dispensaries) and Arogya Kendras. Through this multiple way of distribution they want to tap every market like rural or urban.

Patanjali’s vast food range consists of interesting concoctions such as an almond mix oil, tooth paste with herbs , a rose sherbet and a gooseberry juice. it could turn into an Indian version of Body Shop.A few Patanjali products have made major inroads – apart from desi ghee, its toothpaste Dant Kranti, for instance, launched in March 2010, brought in revenues of Rs 200 crore in 2014/15. they made their footprints on different Products groups like Foods, Beverages, Healthcare & Medicines, Personal care products, Cleaning agents etc.Still they are expanding their product base.Products that are already making news and have forced competitors to bring their prices down.

While the yoga guru has raised the swadeshi theme before, this is the first time it’s being used in Patanjali’s ads.Patanjali’s own advertising was limited in the past, but has increased considerably of late, with ads appearing on general entertainment TV channels such as Star, zee and Aastha. Baba Ramdev is himself digital. He has 666k followers on Twitter. and On Facebook Baba Ramdev has 7.9 million people liking his page.Such presence of Baba on Social Media helps the Patanjali brand to get continuous a buzz on their Business.
Recently:

During their yog shibir, He always used to see their products in between Yoga practices.The way he summaries the pros of any particular Patanjali products with included natural herbs creates the amaze in the their customer.Such tricky way he indirectly influence the buyer to buy or think about their products. Advertising and promotions typically account for 12-20% of revenue expenditure by consumer goods companies. When a new company gets into the business, this spending is significantly higher. As baba well aware about the Marketing strategy. thats why he raised the different issues to keep themselves buzzed on media. Due to this unique word of mouth publicity , they succeed to earn crores without spending any advertising money.

This is just introductory stage for this brands .If their goal is very high then they Should focus on Quality of products. Baba Ramdev promised that they maintain the utmost level of quality in their manufacturing plants. So, in order to succeed, Patanjali should ensure to maintain (if not improve) the same level of quality in future as well.If they will fail then this whole empire will prove to be a water bubble, with this being a temporary phase for Patanjali and strong players eventually coming up with strategies to recapture the lost market share. Patnajali should invest in research and innovation to delight their customer base with unique choices.They shoukld also ensure that their product will available everywhere without any hassle.

A cooler can be consumed by everyone, especially people living around hot and dry weather. One can choose from...
Read more

If you have an art to capture that which others can’t see, you must be a photographer. Photography is...
Read more