How’s good  if we keep away the mosquito by just watching?

yes,Now its going to be true.The Korean consumer electronics giant LG  with its
brand motto “Life’s good” is just come up with the Latest Technology
“Mosquito Away Television” .

“IN INDIA, MALARIA, FILARIA AND DENGUE ARE THE MOST PREVALENT DISEASES
SPREAD BY MOSQUITOES. OVER TWO MILLION CASES OF MALARIA ALONE ARE
REPORTED.ACCORDING TO NATIONAL VECTOR BORNE DISEASE CONTROL PROGRAMME
(NVBDCP) AND OFFICIAL GOVERNMENT OF INDIA REPORTS, IN 2015, A DENGUE
OUTBREAK WAS AT ITS WORST IN INDIA BREAKING ALL RECORDS OF EVEN THE LAST
20 YEARS WITH OVER 10,683 REGISTERED CASES OF DENGUE ALONE.”

The LG Mosquito Away TV, developed as per the Indian insights by consumers,
is equipped with an Ultra Sonic device which once activated, uses the
Soundwave technology and makes mosquitoes fly away without emitting any
harmful radiation.This technology does not use any chemicals, used in
other toxic repellents. 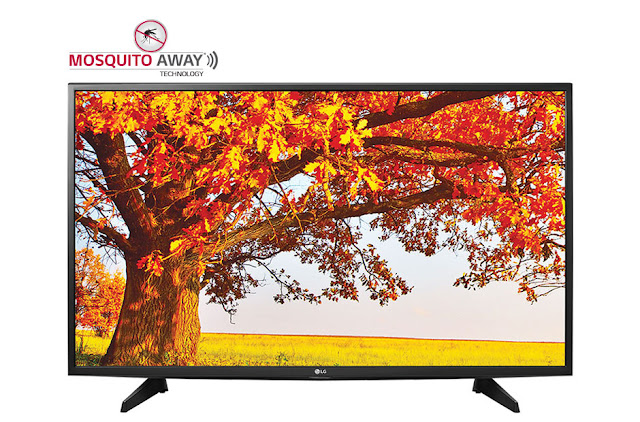 Earlier ,we have seen and downloaded many such Application which claims that they can keep away the mosquito by waving sound.Now such Technology is going to penetrate into the Indian home by medium of Television. The new range of TVs are designed and made in India.Due to higher potentiality of the such technology in to India,Lg has decided to add one another things to rethink about customers while buying any television.

This Product’s Communication will primarily on digital but they are doing the BTL activity to hammer the customers to aware about Technology.Company is focusing on the establishing the believability through the advertisement afterward it establish capabilities of its performance.

This Bambani family Television commercial start with the seating member of family watching the Cricket on television.but the Mosquitoes are disturbing their entertainment.Next day ,The men -one of the character of this TVC is reading the newspaper and suddenly become happy after watching the advertisement of LG’s new Mosquito away technology.he ordered and bought television home and enjoyed his non-interrupted entertainment.

Let’s see the people’s review about this television.

History & Reasons Behind its IPL success

People love cookie due to its yummy taste and a huge variety of flavor available. Its very potential and constantly growing category. Selling...
Read more

Choosing the best school for kids is not an easy task. Everyone wants their kids to have good education...
Read more

Mahindra aims to incite curiosity amongst the youth with...
Read more
Brand News

Celebrating the Gentleman’s Game with #TheManGotGame