Thums Up is the Iconic brand among all Indian beverages brands .It was Launched in India by Parle Agro Pvt. Ltd. A brand owned by Ramesh Chauhan of Parle was a carefully built icon.But Now owned by Coca-Cola. Ramesh Chauhan sold Thums Up to Coke for 120 crores.Until leaving India in 1977, Coca Cola was the nation’s leading soft drink.

Thums up is a carbonated Soft cola drink with the highest selling in India. Earlier the logo of Thums Up was a red ‘thumbs up’ gesture of hand with one-sided white typography. But after the coca cola made some changes in the logo and modified it by some blue stroke with modern style.

When the Brand was doing well, Thums up only 13 years old but sells more than coke and Pepsi. The brand is so strong that it has refused to die. After 1985 “ New Coke” failure, this is the greatest marketing blunder that Coke made.

it was taken away from the market because it was giving stiff competition to Coca-cola but Coke had to bring out the brand again to attack all the promotional policy of Pepsi and it was introduced once again a thumbs up is Indian brand and launched globally.Its baseline “Taste the Thunder” really stole the heart of millions of youth of India.

At earlier time When the Pepsi came into the iIndia in 1990 then competition became very tough.When Pepsi had starred with famous Bollywood actress like Juhi Chawla, to frustrate the Indian brand, Thums Up focussed on cricket sponsorship.

If we see the current scenario ,The Thums up occupies about 58% market share in India.While pepsi is on second number. 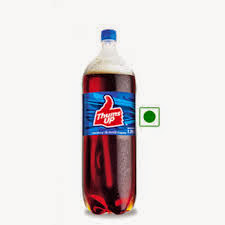 Coke is going to make this brand more iconic,more masculine. They have been using the many Bollywood personalities like Akshay Kumar, Suniel shetty and Now Salman Khan for positioning it as a macho brand.They are  using very risky seen the campaign to adding one more attribute like Risky, adventurous brand.Brand Thums Up has always had a strong resonance with action, energy and a go-getter spirit. Also, it has always been fiercely male.

Hope company will extend this brand for its separate market.Many ways it’s really strong in the regional game.but due to the tough competition, it might be fade away into the history of brands.

In the world everything has its need and value, doesn’t matter it is small or big, cheaper or costly,...
Read more

25 Best Airline Brands and their Logos

Famous Airline brands Logos for your inspiration Airline is the...
Read more