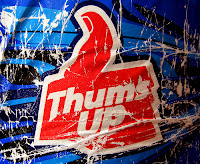 is huge market for cold drink. There are many brands available in the Indian market. But this is the brand which is already mark as an iconic brands in the . See the history of this brands and there success story with its competitors.
This brand is launched by the chauhan brothers ramesh and prakash in order to fill the gap that coco cola left when it exited in 1977.Thums up introduce by all new bold flavour that why Indian customer took it. the cola war was on hotting up then unusual thing happen. The chauhan brothers sold thums up to the coke in 1993 for 120 crore.
It could withstand the competition from Pepsi and was a market leader. At that time the thums up had 36 percent market share v/s 26 percent pepsi’s share. At the industry source said that the company is going to kill the brand.
Thums Up was our very own Indian brand. Launched as a very masculine brand with the baseline “ Taste the Thunder” stole the heart of millions of Indian youth. Thums UP is a strong tasting cola targeting at young adults. It has the highest carbonation among the cola brands which appealed to the palate of Indians
Thums up even after 17 years sells more than coke and Pepsi. The brand is so strong that it has refused to die.
The famous tagline “Taste the Thunder “was changed to “I want my Thunder” But that change was a flop and the company retracted the old tagline. After that company has also changed base line to “ Grow Up to Thums up” . 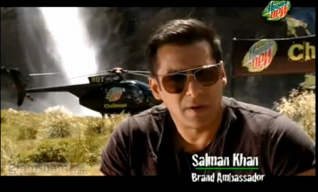 The salman being brought in the compaign like mountain dew. Then net interesting things is how pepsico will distinguish its brand then thums up.even  the same theme is projected.

Your skin requires extra care in the summer season. There are many skin hacks that can prevent your skin...
Read more

Apple is the giant tech Company from America. Its most popular brand in the World.Apple has been at the...
Read more

Indian loves the Agrabatti and uses it temples, Home or for the Fragrance purpose also. Incense stick is nothing...
Read more
- Advertisement -

Many Entrepreneurs are busy in something to making products...
Read more

DO YOU HAVE A GOOD NAME FOR YOUR PERFUME...
Read more