T24 is a mobile service launched by Tata Teleservices Limited (TTSL) & Future Group. There are many aspects to this partnership and offering.

Seeing the growth of mobile penetration, traditionally retail companies like Future group has entered into this space. The Indian industry already has more than 15 mobile operators and share more than 600 million subscribers among themselves. The need of hour is to improve
service and connectivity but instead there are new brands which are getting launched.
Though T24 aspires to capture 10 million subscribers in the period of 3 years, which is very less as compared to its target audience. Future group has various retail formats in all parts of the country and having launched in 18 circles, it could get more subscribers, if they offer better service. 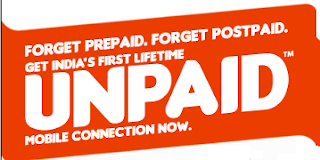 The cities which already have tasted the service of big players like Airtel, Vodafone, Idea, Reliance etc. will take some time to try this new service.

➤Here is the Success story of Patanjali Brand: The fast...
Read more