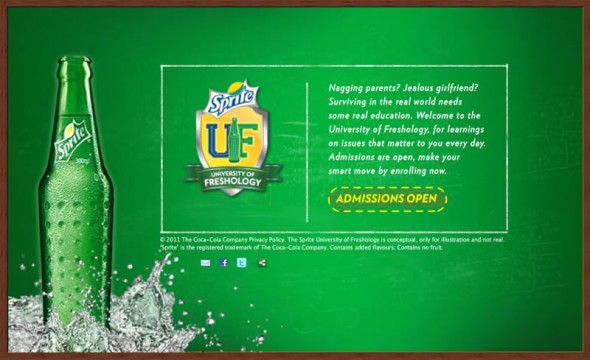 Sprite is the soft drink brand of coco cola company.it was introduced in 1999.Sprite is the no.2 brand.
Sprite introduce it’s new tagline:-

The lemon-lime based sparkling drink has now adopted the tagline, ‘First drink, then think, Sprite – University of Freshology’, which reinstates Sprite as a refreshing drink.
Coca-Cola India is also promoting the brand through its website, Sprite.in, wherein audiences can finish the stories of the teaser campaign shown so far. The best ideas will be made into TVCs. The new idea will also be promoted through the Sprite Gully Cricket programme, which too has been redesigned with new rules and regulations.
For the record, the market for the sparkling beverage segment is about 700-million unit cases and Coca-Cola India claims that Sprite has about 14 per cent market share.

Edible oils are most often plant-based oils, which are basically similar, if not the same as those produced by...
Read more

Football is one of the most popular games played, seen and enjoyed in India. Kerala, West Bengal, Goa inculcates...
Read more

A deodorant is specially a substance applied to the body to prevent body odor caused by the bacterial breakdown...
Read more