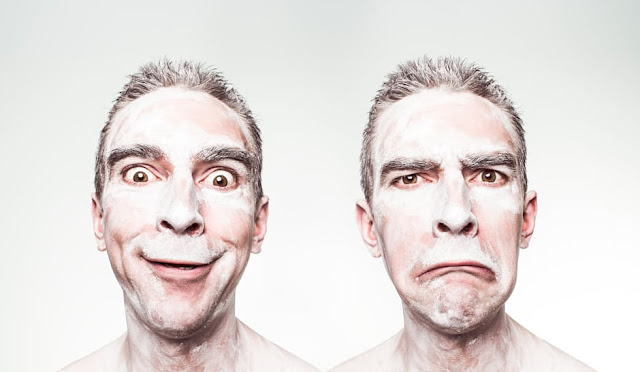 What is EMOTIONAL INTELLIGENCY?

We people are always mark the intelligent quotient of opposite party. Current scenario is most dynamic for Indian business because continuous development and unique business are comes into existence.
In general life, if we think about the intelligent quotient then we just seethe mark of exam and which grade he/she has got.
The first class students are cleverer then others. but normal intelligent people are also come forward in the field of manager and other professional even and at stage of it the first class student s may be leave the game. Those person have the common intelligence and ability are also become success in life and career even.

Intelligency means power of taking right decision and also power of analyzing any situation and take out from any difficulties.But the emotional Intelligency is quiet different type of Intelligency. This Intelligency deals with the feeling(friends,realatives,boss,mates,unknown person,competitiors etc.) transact with other parties.
Any person who is first class (high IQ) but who behave like arrogant, ignore others feeling, proves that I am something who always fail in the field of management.

“Every parent is feeling proud and happy when their children got good marks in exam but they are ignore balance of feeling.”

There are five phases of emotional intelligence
1) Know own feelings.
2) Management of own feelings.
3) Motivate own self.
4) Deep knowledge regarding others feelings.
5) Management of personal relations.
Many people don’t understand the feeling of opposite party, they always neglect others. They make joke and never maintain the respect of others.

Many time s, boss tells to their sub-ordinates that who make mistake to give you job or how and which way you got university degree or you have no nay little bit common sense. There is very low emotional intelligence in this kind of boss. Like this Indian family structure the head of family always neglects the feeling of his wife, even he is not aware about the feeling of his wife.

Successful manager is always sensitive and full of aware of their opposite party. He always gives suggestion to his sub-ordinates without loosing dignity. Many people called it Social intelligence.

Emotional intelligence‘s one of the important pints is that awareness regarding his feelings.If anytime the manager is angry then he would noticed to heir subordinates that I have no mood and for sometime I don’t want to talk with you.
Manager can get control on his feeling s by maintaining and thinking on it.

Like a life the manager also gets some unhappiness situation but by carefully thinking he controls his feelings.
Whole world which gives you respect to emotional intelligency shows the wise ness of men.

When your boss is angry on you and opposite of it if you are not maintain the respect of your boss then you are falling into the category of low emotional intelligency.

The best idea of such kind of situation is to request your boss and say them for which mistakes are you angry on me? Can I remove this mistake? If I am thinking of you if you give suggestion me to remove my mistake so this is called high emotional intelligency.

Second is after getting knowledge from such feeling next is to put that thing into action.Co-ordinal relation between each other is the heart of emotional intelligency.when you control on you means not by pressure but by understand then it is called elf-control.

when you are nervous and you should be aware about that understand the feeling of others and also yours and put  into action. By effect of this you will slowly slowly increase the social skill.

Group of student you can find that some are joking, laughing and also teasing others. such activity will create interesting for other party, But omitting all that kind of bad things and chat your friend and it will create interest and pleasure then it will skill of emotional intelligency.

Emotional intelligency and practical intelligence are different things. Many people have initiative power of solve any critical solutions.

When practical intelligence and emotional intelligence met too there then you will success in every phase of careers. when some people have ability to take calculated risk and self motivation. Emotional intelligency is essential for every one There is huge importance of it in our life. such kind of knowledge are not provided in colleges,schools,family .

The handwriting is a predictor of the perception other person has about you. It is a known fact that...
Read more

A Name of Company can Break or Make the company's Image! The First Step of any brand evolution starts...
Read more
- Advertisement -

Many Entrepreneurs are busy in something to making products...
Read more

CCTV cameras vary on the basis of technology and...
Read more
- Advertisement -