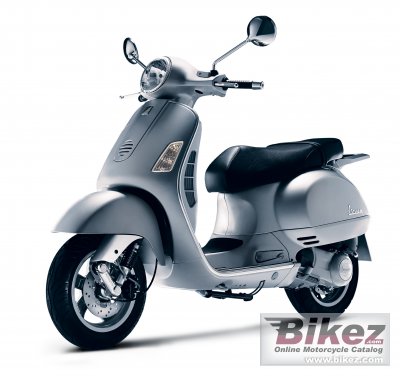 LML (Lohia Machines) is planning to make a comeback with its Vespa brand geared-scooters. After a break of 14 months,LML has launched its 150cc Vespa brands – NV SPL and Select II with an on-road price of Rs 35,000 in New Delhi this week. LML has started operations with two dealers in New Delhi and is targeting sales of 500 units in the next few months. NV and Select are not new scooters they are the same old scooters that LML used to produce and export.

LML stopped its production in Kanpur plant in Feb 2006 due to severe financial crunch, the plant has an installed capacity of 3 lakh scooters & 2.4 lakh motorcycles. LML had five motorcycle models in the domestic market before February 2006. LML used to sell around 1,000 units a month in the national capital region(Delhi) before it downed the shutters. LML resumed partial operations in April with the export of geared scooters to Egypt, West Asia and Africa, besides Bangladesh and Sri Lanka.Revival plan:

Lured by the robust domestic demand for scooters(despite the poor show of two wheeler industry, the scooter sales are up by 17% during the first four months of the current fiscal year), LML plans to revive the operation. LML also has ambitious plans for export market- the company which exported 16,000 units till July and is now targeting another 50,000 units during the rest of the fiscal year. Rs35000 may be needed to take home the scooters -NV SPL and Select II. LML which introduced the scooters in Delhi will gradually get into Punjab, Haryana, Jammu & Kashmir and then to West Bengal, Assam and few others. LML, which was once the fifth largest player in the motorcycle segment, does not plan to re-enter that lucrative and mass-volume market before its operations are revived entirely due to the massive investments required in the plant.

-For capital ,to come out of the financial crisis LML has registered with the Board for Industrial & Financial Reconstruction (BIFR) and has submitted a revival plan with a strategic investor and fresh capital investment. Currently LML uses the initial advances made from exports for domestic operation and it bets on domestic sales to generate some working capital for its future operation.

Are you ready to open the Dance Academy? Confused for a good name? In Ancient Time, the Human being is...
Read more

TMT bars or steel is one of the most important industries in India. The size of the steel industry...
Read more

Whenever the term cigarette is heard, the first thing that strikes is the warning printed on the box. People...
Read more